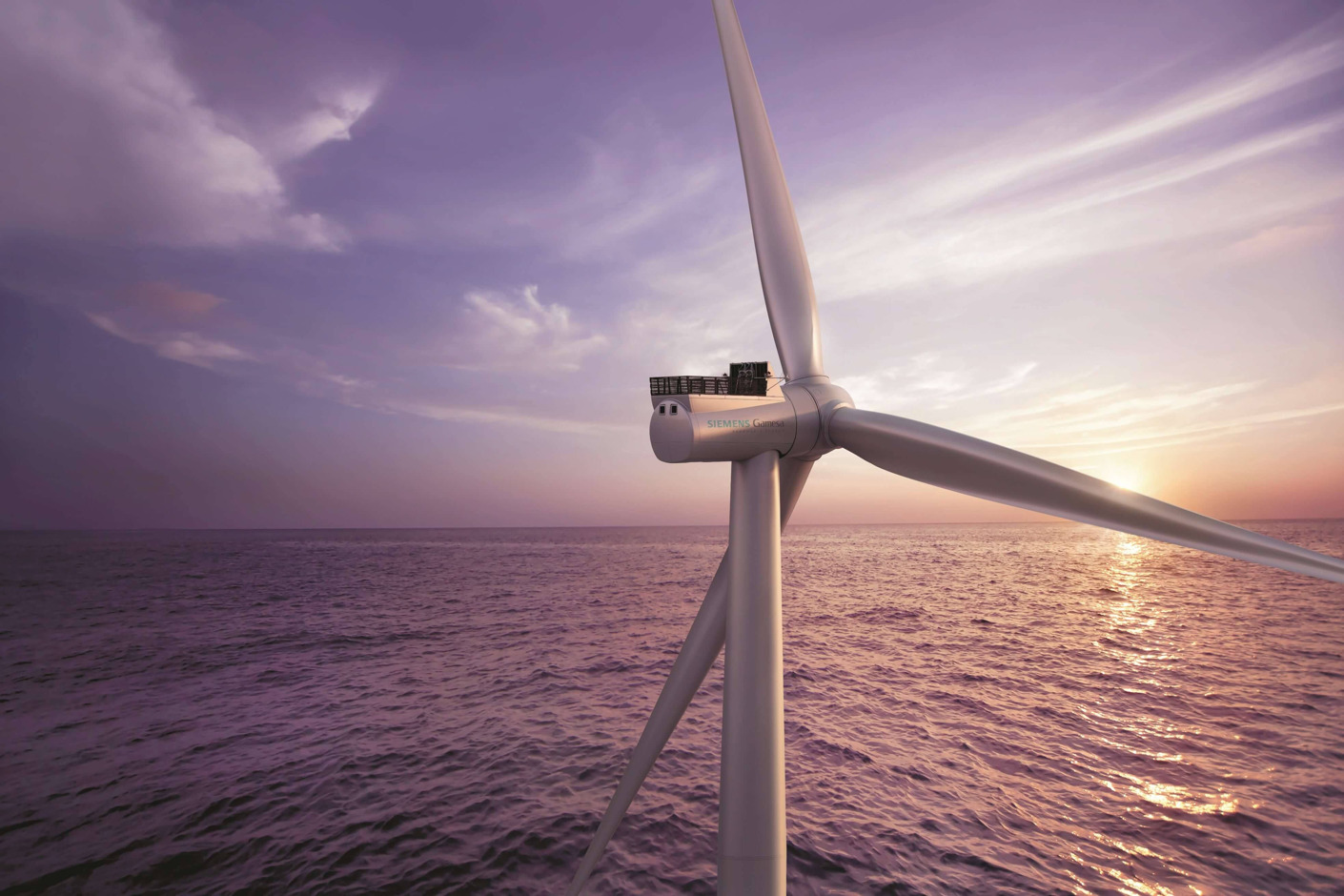 The “Innovation” is sailing out of the “Maasvlakte 2” harbor area in the port of Rotterdam to the SeaMade concession areas for installation in the North Sea. The SeaMade project is the 8th and largest offshore wind turbine park in Belgium.

The substation topsides and inter-array cables will be installed in spring of 2020 and the towers and nacelles will be mounted onto the foundations in the summer of 2020.

We are proud that SeaMade brings the Belgian offshore wind capacity to 2,262 MW by 2020, exactly as has been anticipated by the Belgian federal government. This capacity will produce more than 8 TWh annually, which is approximately 10% of total electricity demand and 50% of the total household consumption. Even with the limited surface of the Belgian North Sea, Belgium is the fifth producer of offshore wind worldwide. Beyond 2020, the offshore wind energy capacity in the Belgian North Sea can be further developed and doubled to at least 4,000 MW. We trust solutions will be found allowing an adequate and timely grid connection for this second round of offshore wind projects in Belgium.
Mathias Verkest – CEO SeaMade

"After months of careful planning and engineering, it is great to kick-off the offshore works at the largest offshore wind farm in Belgium. For now, this is the last wind farm developed in the Belgian North Sea. Thanks to our country being at the forefront of offshore renewable energy, we had the opportunity to develop a leading cluster of Belgian companies involved in the construction of offshore wind farms globally. We look forward to working with our partners and all stakeholders on the SeaMade project, and are confident also in the future our combined expertise can play a major role in Belgium’s ambition to double the offshore wind capacity to 4 GW by 2025.”
Luc Vandenbulcke – CEO Deme NV

Foundations and Inter-Array Cables
The monopile foundations range up to 80m with an average weight of nearly 1000t and an outer diameter of 8.0m. Connection to the transition pieces takes place via a pre-tensioned bolted flange connection. The steel foundations are protected against corrosion via a combination of ICCP (impressed current cathodic protection), coatings and corrosion allowance, subject to the different zones. Single layer scour protection has been installed at each individual monopile location. The 33 kV inter-array cable is designed and supplied by JDR and will connect each WTG to the relevant offshore substation in looped strings.

Wind Turbines
In the concession zone of Mermaid and Seastar, 28 respectively 30 Siemens Gamesa wind turbines type SG-8.0-167 will be installed, with a Power Boost up to 8.4MW. The turbines are supported by a tower structure with a total length of approximately 90m and a bottom diameter of 6.0m, equally connected via a bolted flange connection to the transition piece.

Export Cable
Both wind farms will be connected through two 220-245 kV XLPE 800mm2 Aluminum submarine high voltage cables to the Belgian Modular Offshore Grid. The so-called export cables have a combined length of around 28km, and a cable diameter of around 247mm weighing approximately 96.4 kg per running meter and are designed and manufactured by Hellenic Cables. The installation activities will be done by DEME’s cable laying vessel Living Stone.

Substations
Each of the Project’s two wind farms, Mermaid and Seastar, will have its own offshore substation, which will collect electricity produced, convert it from 33 kV to 220 kV and export it into the Offshore Grid operated by Elia System Operator NV, the Transmission System Operator. Capitalizing on a successful collaboration on numerous previous offshore wind farms, ENGIE Fabricom, Tractebel, Smulders and Geosea will be responsible for the full EPCI of the substations, including engineering, procurement, construction, transport, installation and commissioning.

• Creation of 1,400 direct and 1,400 indirect jobs during the development and construction phase

About DEME
DEME is a world leader in the highly specialised fields of dredging, marine engineering and environmental remediation. The company can build on more than 140 years of know-how and experience and has fostered a pioneering approach throughout its history, being a front runner in innovation and new technologies.

DEME’s vision is to work towards a sustainable future by offering solutions for global challenges: a rising sea level, a growing population, reduction of CO2 emissions, polluted rivers and soils and the scarcity of natural resources. Although DEME’s activities originated with the core dredging business, the portfolio diversified substantially over the decades, including dredging and land reclamation, solutions for the offshore energy market, infra marine solutions and environmental solutions

While the company’s roots are in Belgium, DEME has built a strong presence in all of the world’s seas and continents, operating in more than 90 countries worldwide. DEME can rely on 5,200 highly skilled professionals across the globe. With a versatile and modern fleet of over 100 vessels, backed by a broad range of auxiliary equipment, the company can provide solutions for even the most complex projects.

DEME achieved a turnover of 2.65 billion euros in 2018. www.deme-group.com

In addition to the SeaMade concessions, Otary also holds the Rentel concession. The Otary partners shaped the offshore wind landscape in the Belgian Northsea. Otary partners are not only involved in SeaMade, but also C-Power, Northwind, Rentel and Norther, totalling 1.707 MW at sea, but also participate in other projects in Belgium and abroad.

About ENGIE Electrabel NV
ENGIE Electrabel is part of the ENGIE Group, global leader in energy. ENGIE Electrabel is the largest energy supplier on the Belgian market, where it is active in electricity generation, sales of electricity and natural gas and energy services. The company offers value-added energy solutions as well as tailored services to its 2 million residential, professional and industrial customers. ENGIE Electrabel has a diversified production base of 9.529 MW in Belgium, close to its customers. It consists of facilities that operate from renewable sources, conventional and nuclear power plants. ENGIE Electrabel’s generation facilities are one of the lowest emitters of CO2 in Europe. The company is the country’s largest producer of green energy with a total capacity of 647 MW in renewable energy.

About Eneco Wind Belgium NV
With a production capacity of more than 1,000 MW, the Eneco group is a leading actor for the delivery and production of renewable energy and one of the largest players in the wind energy sector in the Benelux and the UK. Eneco Wind Belgium is the group company responsible for onshore and offshore wind energy generation in Belgium. Eneco Wind Belgium disposes of 96 onshore wind turbines (with a capacity of more than 200 MW) and has 25 % stake in the Belgian offshore wind farm Norther (44 turbines, 370 MW). Besides the production and distribution of sustainable energy, its main goal is to achieve global sustainability. The company with over 300 employees and business units in Mechelen, Gent and Waver, strives to deliver its 1 million customers with 100% sustainable and 100% locally produced energy by 2025.